Hoop Dreams - A Must See - Watch it here 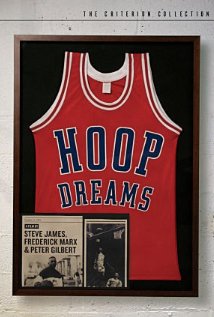 A film following the lives of two African American boys who struggle to become college basketball players on the road to going professional.

Originally intended to be a 30-minute short produced for the Public Broadcasting Service, it eventually led to five years of filming and 250 hours of footage. It premiered at the 1994 Sundance Film Festival where it won the Audience Award for Best Documentary.

Popular posts from this blog